The pen Pilot released on the occasion of its 65th anniversary --the Pilot 65-- has been mentioned on these Chronicles more than once. It is indeed a relevant pen in the recent history of the company because it was a first in several features now quite common on Pilot pens. 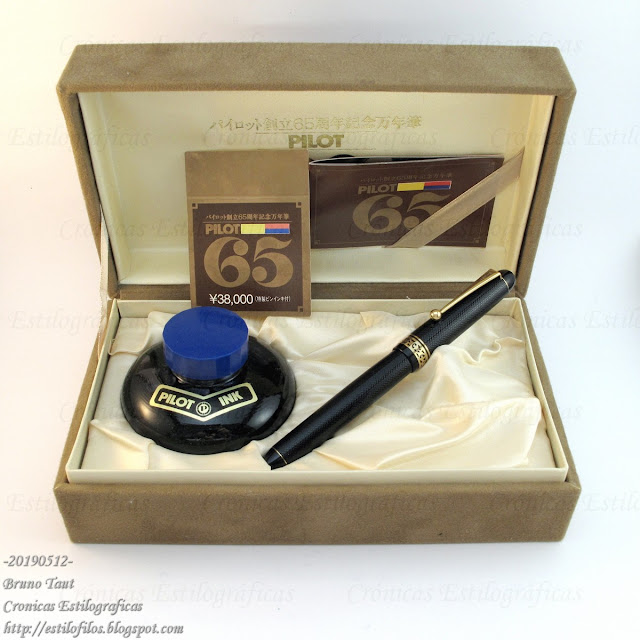 As we know, in 1983 Pilot celebrated its 65th anniversary with a balance (torpedo) model reminiscent of the old pre-war pens of the brand. This pen was a limited edition of 6500 units whose price was JPY 38000 at the time.

The plastic body was chased with a barleycorn pattern and included several rings. The one closer to the cap lip is particularly wide and is engraved with some ornaments (called nintômon), the number 65, and the serial number within the limited edition. This type of decoration would appear on the anniversary pen of 1988 (Pilot 70), and on the Custom 72, among others. 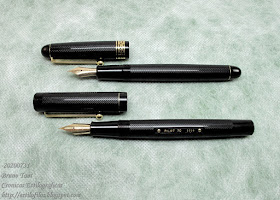 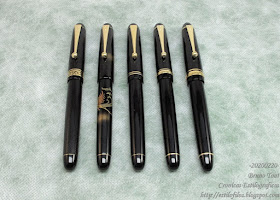 One model particularly inspired on the 65 was simply called “Custom” (FKF-2000R). It is a balance model made of chased plastic (barleycorn pattern) whose parts are interchangeable with those of the 65. Its cap rings are, however, thinner. 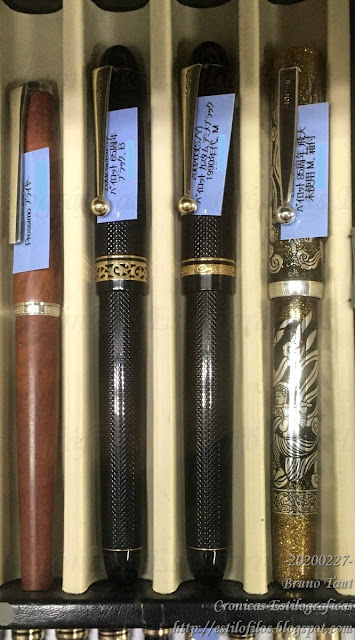 The two pens in the middle are a Pilot 65, and a "Custom" from some years later. 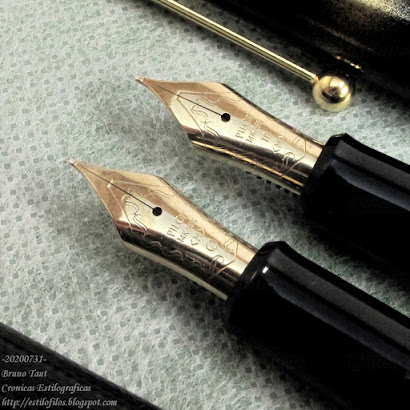 Two size 10 nibs, but only one labeled as such.

The filling system on the pen is an evolution of the system A (A-shiki), of the 1950s that later on would become the converter CON-70. Looking at it in 2020, it looks like a captive CON-70 attached to the section, although in 1983 the CON-70 did not exist. This system holds over 1.2 ml of ink. 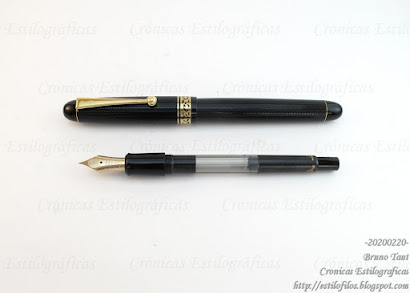 Therefore this pen, the Pilot 65, is a first in a number of features to be seen on future pens: open nibs, a filling system that would become the converter CON-70, a chased body that would show up on several models to come... 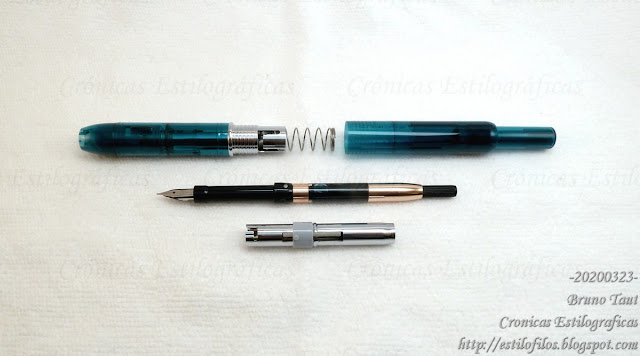 Your comments are welcome and appreciated.